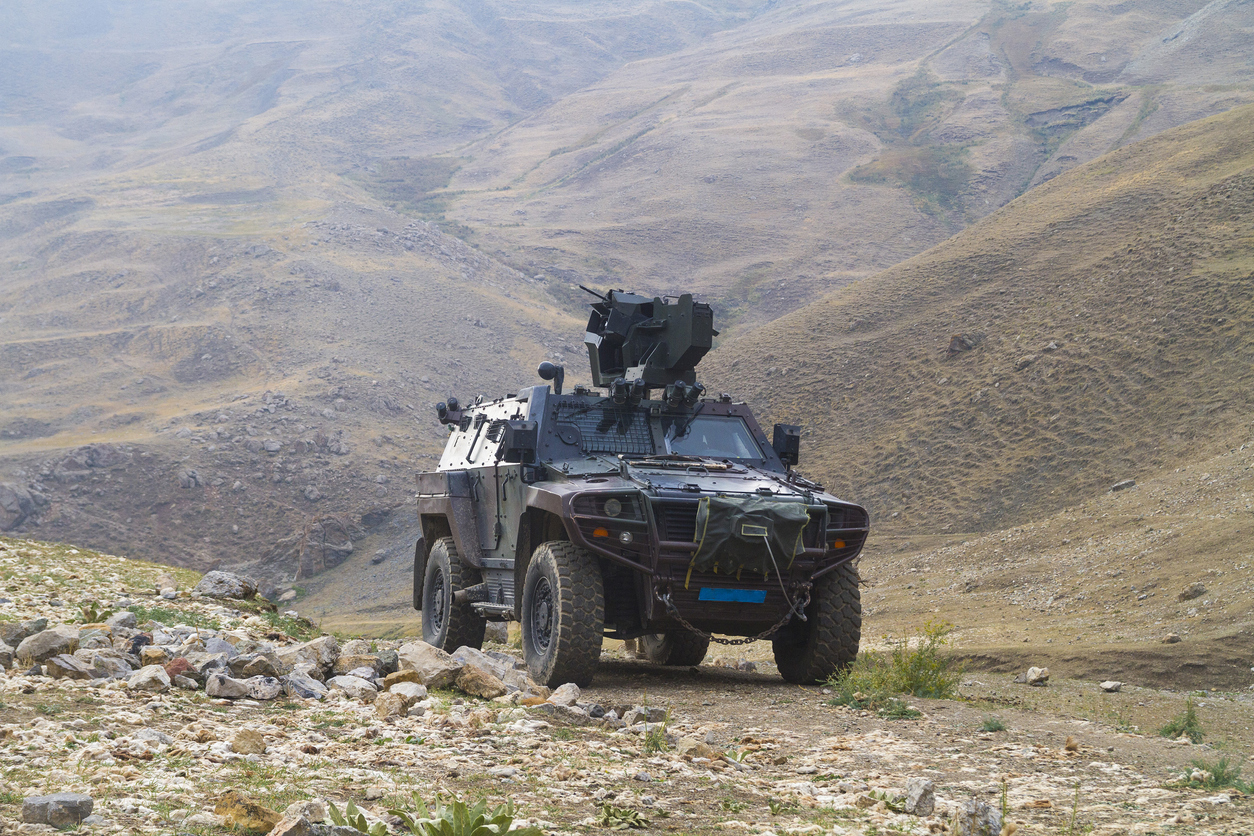 The Early Forms of Armored Vehicles

The first recorded design of an armored vehicle dates back to 1485, even before the creation of the internal combustion engine. The legendary Italian polymath Leonardo da Vinci sketched a vehicle called the “scythed chariot” as part of his notebooks on war machines. His design was never actually built. But it represents an early attempt to create a vehicle that could move through enemy territory while also inflicting damage.

The first armored car was eventually built about four centuries later. In 1904, Austro-Daimler designed and created an operational armored car. The Belgian Army was the first to test the vehicle and put it into service. When World War I broke out a decade later, many nations fielded armored cars in battle for the first time. These early vehicles featured little more than metal plating to protect the occupants from small arms fire.

Since then, the armored vehicle has undergone several significant changes and evolution. It was no longer a purpose-built machine designed to withstand the difficulty of combat. Instead, it became a regular production car with added features to protect its passengers from attack.

The modern armored vehicle is a far cry from its humble beginnings. Today’s armored car designs provide a high level of protection against various threats, including small arms fire, chemical weapons, and even explosives. Thanks to advances in engineering, these vehicles are lighter and more agile than ever before—all while still providing occupants with a high degree of protection.

From custom ballistic protection to state-of-the-art security features, the modern armored car is now a common sight on the streets of many cities worldwide.

Looking to the Future

As threats evolve, so do the armored cars designed to counter them. We expect to see more advanced materials and technologies to construct these vehicles. From active protection systems that can intercept incoming projectiles to autonomous driving features that allow the car to operate without a driver, the armored vehicle of the future is sure to be even more impressive.

No matter what the future holds, one thing is certain: the armored car is here to stay. Thanks to centuries of invention and innovation, this vital piece of security equipment is now an essential part of our everyday lives. What started as a simple sketch by Leonardo da Vinci has now become a staple of security and protection. It’s a fascinating invention with a bright future ahead. Do you have an interest in armored cars? Are you looking for a high-quality armored vehicle? If so, check out our armored sedans, SUVs, and trucks inventory. We offer a wide selection of cars to choose from, all designed to provide high levels of protection against various threats.

By subscribing to our company newsletter you will always be up-to-date on our latest promotions, deals and vehicle inventory!

Made in Canada with Pride